Sanctions Law in May 2022A commentary from a Maritime Law perspective 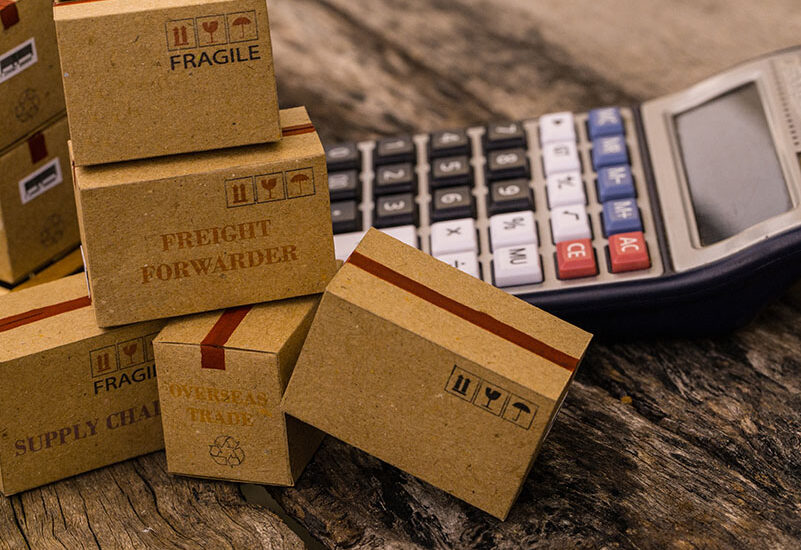 Since the invasion of Russian troops into the territory of Ukraine end of February 2022, several sanctions packages have come into force, including measures against Belarus. While the EU seeks to support Ukraine with numerous measures through decisions of the European Parliament and the Council, in particular financially and in the context of refugee assistance, the packages of sanctions represent restrictive measures aimed at halting a continuation of the war through economic measures. According to the EU, the aim of the sanctions packages is to deprive the Russian economy of the opportunity to diversify and modernize.

2. Overview of the EU sanctions packages

The large number of sanctions adopted by the EU are listed sorted by country on a sanctions map provided by the EU. This is currently available at: sanctionsmap.eu/#/main.

The packages of sanctions which have been adopted so far are accompanied by far-reaching export restrictions on dual-use goods and technologies, i.e. including possible military use, as well as a ban on related services. Council Regulation (EU) 2022/328 should be mentioned here, which, like the subsequent Council Regulations, represents an amendment to the basic Council Regulation (EU) 833/2014. Sector-specific export restrictions for maritime goods and technologies were introduced by Council Regulation (EU) 2022/394. Other Regulations are aimed in particular at technologies and services in the energy industry and other advanced technologies. Furthermore, general EU export licenses for exports to Russia can no longer be used. In consequence, exporters are faced with a far-reaching restriction of trade opportunities with Russia, Belarus and countries subject to Russian influence, with a particular focus on the countries of the Eurasian Economic Union. It is worth noting that participation in any transaction circumventing the packages of sanctions is expressly prohibited under Article 12 of EU Regulation 833/2014.

As a matter of principle, it is recommended to agree a sanctions clause for import and export transactions and any contracts. The sanction regime, ideally not limited to the EU sanction regime, should be referred to as an essential part of the contract. The contracting party should be asked for declarations of commitment to confirm that the implementation of the contract itself does not violate sanctions law and obliges the contracting party to demand an equivalent declaration from its future contracting parties when drafting future contracts, e.g. when passing on certain Goods to a new buyer. The European Commission has issued a Notice to Economic Operators, Importers and Exporters (2022/C 145 I/01).

4. Key issues for EU economic operators in the maritime sector

The maritime economy is affected by a whole series of regulations that must be observed.

One example is the far-reaching prohibition of a ship flying the Russian flag from calling at ports in the EU. In this context, the corresponding EU Regulation 2022/576 also provides under Article 3 ea for a regulation that puts ships flagged out from this flag after 24 February 2022 on an equal footing with the ships covered by the regulation. The flag status on 24 February 2022 is therefore always decisive and must be determined in practice.

Para. 3 of this regulation names certain narrowly defined exceptions. The Federal Office of Economics and Export Control (BAFA) is responsible for issuing exemptions.

As a result of Council Regulation EU 2022/394, the associated amendment to Council Regulation EU 833/2014, Art. 3f para. 1 with reference to Annex XVI, it is no longer possible to sell Vessels, marine systems or equipment, and specially designed components therefor, components and accessories, to any natural or legal person, entity or body in Russia, for use in Russia, or for the placing on board of a Russian-flagged vessel. In this context, it should be mentioned that a ban on sales exists irrespective of additional restrictions concerning a group of designated persons who are listed on so-called sanctions lists.

Once again, the necessity of a sanction clause needs to be pointed out. Although there is a sanctions clause in the Bimco Shipsale 22 form in contrast to the Shipsale 2012 form, this does not yet consider all the framework conditions which have been developed by the EU in the meantime.

In parallel, the sanctions lists must be observed for all business relationships. This applies to every citizen of the EU and includes far-reaching forms of possible support. For example, it will not be possible for an EU-citizen to serve as a crew member of a luxury yacht covered by the sanctions regulations without violating applicable law. Related businesses, such as a contracting Crew Manager, would also be considered to be in breach of sanctions. In this context, it should also be mentioned that it may be contrary to sanctions to pay a Russian crew member, for example, if the account is held at a bank that is excluded from SWIFT payments.

Because they are symbols of financial strength and related economic influence, luxury yachts owned by Russian oligarchs or persons close to them, and the seizure of such vessels, are receiving considerable public attention.

Finally, we would like to mention the so-called sixth package of sanctions, which can be expected following the speech of the President of the European Commission on 4 May 2022. The details of presumably complex transitional arrangements for individual member states cannot be discussed here.

Oil, media, expansion of the group of designated persons – these three headings can be used to briefly outline the sixth package of sanctions. Import bans on Russian oil by sea or through pipelines are the most far-reaching measures in terms of economic relations.

Russian state broadcasters are to be deprived of broadcasting capacity in the EU. Military personnel who are considered to be responsible for atrocities in Butscha or the siege of Mariupol will be added to the sanctions list.

Import bans on oil by sea justify a notice to all economic actors involved in the import of oil as well as tanker shipping companies. Experience with the corresponding sanctions against Iran and Venezuela teaches that special caution is required when dealing with oil shipments that are transported on a seagoing vessel as a result of a ship-to-ship transfer (STS). It can be assumed that already known problems regarding track and trace activities within the entire supply chain in relation to AIS data of seagoing vessels are likely to arise again in this context. Even in the context of currently applicable sanctions, utmost caution is required for STS operations. If the use is not actually for the EU and does not fall under the exemption pursuant to Art. 5aa, para. 3 of EU Council Regulation 833/2014, it may be a case of prohibited circumvention transactions if a Russian-flagged vessel or an entity subject to the sanctions has been included in the delivery.

For economic actors in the EU, the use of purely form-based contracts cannot be recommended in view of the far-reaching consequences that can accompany any violation of sanctions. Instead, it is advisable to always have sanctions clauses checked or formulated separately by legal advisors on basis the currently valid legal position. The contact persons at Ahlers & Vogel Rechtsanwälte PartG mbB will be happy to provide support drafting such clauses and for the implementation of the necessary corporate compliance in general.