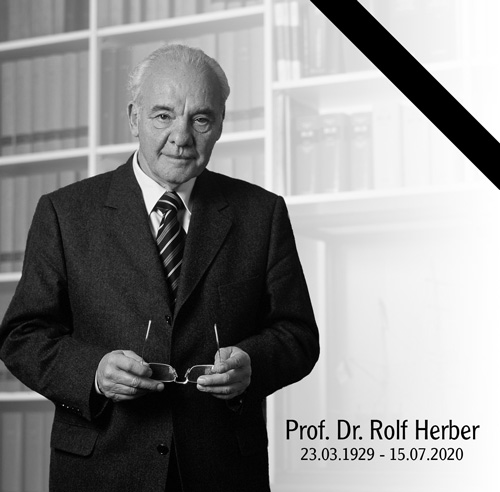 In deep mourning we take leave of our dear longtime partner

In addition to his work as a lawyer, he has always remained dedicated to the legal profession and has trained generations of maritime lawyers. As a worldwide acknowledged expert, Prof. Herber has accompanied and shaped various reforms of the law on behalf of the Federal Government both on a national and international level; most recently the reform of maritime trade law from 2013.

He is the author of numerous professional publications, several commentaries and textbooks and was editor of the Journal of Transport Law and the Journal of International Commercial Law. In 1986 he founded the German Association for Transport Law, of which he was honorary chairman until his death.

He received many honours and awards for his untiring efforts up to an advanced age, including the Grand Cross of the Order of Merit of the Federal Republic of Germany.

Professor Herber was a wise gentleman who preferred the quiet tones. An integral part of his personality was his always subtle humour, which did not leave him even in the evening of his days.

For this he has our special admiration.

We have lost an extremely lovable person and will miss his knowledge and charm very much.

Our commiseration goes out to his family.