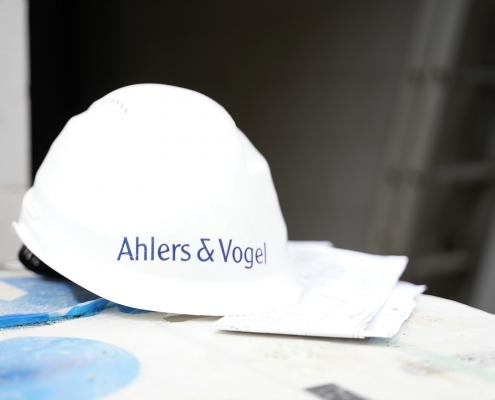 The termination of a construction contract is probably the most drastic intervention in an existing contractual relationship. In addition to the fact that the contractual relationship is terminated for the future, the termination is also of particular importance regarding the fact that it is one of the prerequisites for the client to be able to arrange for the rectification of defects by way of substitute performance within the scope of a VOB/B construction contract and to claim from the contractor the costs incurred in this respect. The effectiveness of the notice of termination is thus of particular importance. The formal requirements to be observed in this respect are clearly set out in the decision of the OLG Munich of 03.02.2022. In detail:

What was it about?

What was the decision of the OLG?

The OLG dismissed the client’s appeal against the judgement of the Regional Court. The client was not entitled to reimbursement of the costs of the substitute performance. The factual prerequisites for such a claim for reimbursement of the substitute performance costs in the context of a VOB/B construction contract regularly include that the contractual relationship has been effectively terminated beforehand. According to the Regional Court and the Higher Regional Court, such an effective termination did not exist. As follows from the provision of § 8 (6) VOB/B, the termination must be in writing. According to the statutory provision of sect. 126 para. 1 of the German Civil Code (BGB), in cases where the written form is prescribed by law, the document must be signed by the issuer in person by signature or by means of a notarially certified hand sign.

Against the background that the VOB/B is not a statutory provision, but only General Terms and Conditions that become part of the contract by incorporation, it has been argued in the past that sect. 126 BGB is not applicable, but rather the provision of sect. 127 BGB. This provision deals with the agreed form, i.e. the form mutually agreed between the parties. It is now stated here that it is regularly sufficient to comply with the written form if it is transmitted by telecommunication – for example, by e-mail.

The OLG expressly did not follow the client’s argumentation that the written form requirement was no longer up-to-date and did not correspond to reality in daily construction practice. It referred to the unambiguous wording of the law.

This court decision should be an urgent reminder to the construction industry in particular to exercise the necessary care when giving notice of termination. Although it may indeed be the case that the client and the contractor correspond almost exclusively by telephone or email in the course of the execution of a construction project, this must not be done under any circumstances when giving notice of termination. Precisely because the termination is probably the most drastic intervention in the construction contractual relationship, particular importance is attached to the written form requirement (warning function) and against this background it cannot be assumed in the future that – at least without further legal changes – a termination declaration in simple electronic form will be sufficient. In any case, the consequences of disregarding the form can be quite fatal. As the court decision described above vividly illustrates, the mere disregard of the form requirement had the consequence that the client’s claim for reimbursement of the substitute performance costs had “vanished into thin air”. A circumstance that should be avoided in any case.

However, the written form may be replaced by a special type of electronic form pursuant to sect. 126 para. 3 BGB. For this purpose, the declarant must add his name to his declaration pursuant to sect. 126a para. 1 BGB and sign the electronic document with his qualified electronic signature. Since only very few participants in the construction industry work with qualified electronic signatures so far, this exception will initially still have a shadowy existence. However, it can be assumed that the declaration of termination will increasingly be made in this way in the future.

If you have any further questions on this topic, please do not hesitate to contact our experts in construction law and law for architects.